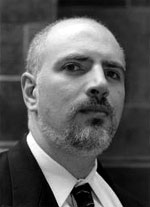 According to Will Friedwald, he has the largest iTunes collection in the world, with more than a terabyte of music managed through iTunes.

Friedwald is a music writer, and has been described as “The Poet Laureate of vintage pop music.” Friedwald spends much of his day in front of a Power Mac G5 using his his mammoth 200,000 track iTunes library.

I just re-compiled the main library (something that takes about six hours – I only do it a few times a year!). Here are the new stats:

Any electronica fans out there with bigger collections? You can brag about how big yours is in the comments…..