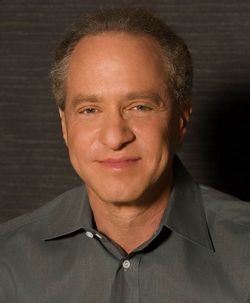 As a Kurzweil 2500 owner, I appreciate Kurzweil’s genius. But after reading this article, it’s hard not to think that he’s a bit wacky, too:

Kurzweil is writing and producing an autobiographical movie, with walk-ons by Alan Dershowitz and Tony Robbins. Kurzweil appears in two guises, as himself and as an intelligent computer named Ramona, played by an actress. Ramona has long been the inventor’s virtual alter ego and the expression of his most personal goals.

“I don’t necessarily only want to be Ramona,” he says. “It’s not necessarily about gender confusion, it’s just about freedom to express yourself.”

Kurzweil’s movie offers a taste of the drama such a future will bring. Ramona is on a quest to attain full legal rights as a person. She agrees to take a Turing test, the classic proof of artificial intelligence, but although Ramona does her best to masquerade as human, she falls victim to one of the test’s subtle flaws: Humans have limited intelligence. A computer that appears too smart will fail just as definitively as one that seems too dumb. “She loses because she is too clever!” Kurzweil says.

I think living to 125 as a transgendered virtual person would be a lot more fun if there were more kick-ass synths like the Kurzweil 2500 to play with.

5 thoughts on “Is Ray Kurzweil Crazy Or A Genius?”