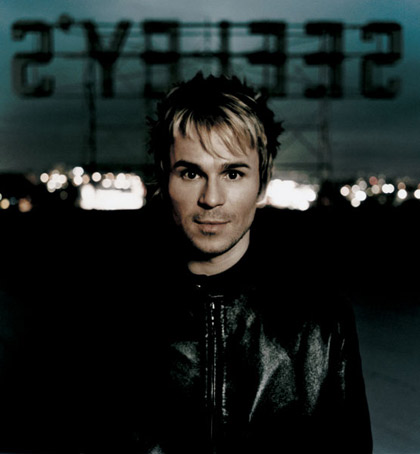 Billboard interviewed progressive trance and soundtrack composer BT recently. In the interview, he talks about why he created a new iPhone app, Sonifi:

Why do the app?

My background is classical music and programming. I used to tutor my father’s students in computers and programming. I used to experiment with building music applications as a teenager as I was falling in love with electronic music, using a bunch of the modalities I learned in the classical area. So it’s been something I’ve been interested in for 20-plus years. I’m a Mac head, and I’ve been endorsed by Apple for years and I love the iPhone. This is a crazy freaking device. You have something that has a multi-point touch surface, accelerometers, so I though why not make something for this.

What were you hoping to accomplish?

For literally 10 years, I’ve been saying to people [that] we need to make a standardized remix file format. Artists cross genres all over the place, have their work remixed all the time — and it’s a pain in the ass. For people in the electronic music community, there’s all these crazy deliverable requirements. Why not just four tracks? Give me the beats, give me the bass, give me the vocals and give me the guitars… that’s all I need and I can do anything that needs to be done.

Why focus on the remix element for the app? Why lead with that?

Well this idea of standardizing the deliverables for a remix so that anyone can do it. Did you know one of the most popularly torrented things are ProTools sessions? I’ll admit I collect them. The record labels need to seriously wake the fuck up and see there’s an inherent value in non two-track masters of songs. This is a proof of concept that proves that. Kids want to get their hands dirty with technology now. You have a different type of consumer… it’s like a pro-sumer. He’s a little bit interested in media, graphic arts, he’s a videogamer, and he loves music and wants to do mashups. He wants to take Beyonce’s voice and put it up against a Killers’ track. That’s the audience this is targeted to support, and I’m a part of it. I made this as much for me as I did for everybody else. The big punchline is that this is a proof of concept that there’s an inherent value in the end user being able to experiment and play around with music in a meaningful way that’s fun and easy but incorporates some really heave stuff under the hood in terms of technology.

Why apply this first on a mobile phone, rather than a computer?

Because everybody has a phone. People take public transportation, or they’re at Starbucks waiting for coffee. If I’m just noodling, I don’t want to surf the Web or play Tetris — I want to do something fun that I can use later. This is a perfect platform because it’s a computer that’s sitting in someone’s pocket. The possibilities of this excite me immensely. We’re going to release other artists’ material and my back catalog in this thing, as a Sonifi media pack where you’ll have the song as a 4×4 matrix of mixes, the visual assets specific to each artist, and then stutter gestures and fills, and an artist’s links page.

So you’re going to offer more versions of the app for other artists?

Sonifi is going to be the portable remix engine where you can directly buy content from a plethora of different artists, not just me or dance music. It’s a completely different and interactive way to enjoy music. I can’t say too much about it, but it’s going to take people’s heads off. This is going somewhere really specific and very cool. We’re already in talks with several media partners who control a lot of content about using their artists’ work in this application. It’s a really special thing.

BT goes on to talk about other iPhone apps that he likes, including Brian Eno’s Bloom.

10 thoughts on “BT On His New iPhone App, Sonifi”