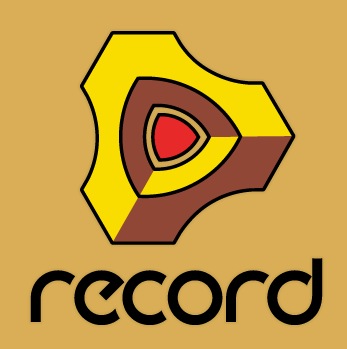 Propellerhead Software‘s Ernst Nathorst-Böös has published a statement clarifying the company’s roadmap for its products, and for the future of Reason, itself:

Record and the future of Reason

By request, it seems we need to clarify our product road map and how Record and Reason relate.

Hopefully by now it is clear that Record is a stand-alone program. We simply call it Music Recording Software, because that’s what it is. Record is the perfect choice for anyone who wants to make music recordings, whether you’re a band, a songwriter, a guitarist, vocalist or all of that on different days of the week.

Record is also, thanks to its incredible built in mixer and effects, a great choice for mixing and finalizing any music production.

Reason also is – and remains – a stand-alone program. Reason we call a Music Production Instrument. It contains the ultimate software instrument set, combined with tons of great effects. Reason is the perfect choice for anyone who plays keyboards, in the bedroom, studio or on stage. It’s also great for all of us who love making music with drum machines, synths, samplers and effects.

Thanks to its powerful yet simple sequencer, Reason is also a great production tool. But in a slightly different way from Record, and that’s precisely the point.

What the two programs have in common is their purpose: To help you make more and better music, to sound fabulous and having a great time while doing it.

Those who are really smart will use both programs together; it’s the ultimate combination. The integration is 100%, making you far more productive than any recording application and plug-in combination available out there. Yeah, yeah, we’ve said that before, but we’re so excited about it, sorry.

The Future of Reason

But back to Reason and it’s future.

There are so many ways to use Reason. Stand-alone, as a production tool. As the best keyboard workstation you can find. As the ultimate instrument rack for your DAW. As an ideation tool. As a beat production station. The list is endless.

Even though Propellerhead have now introduced Record, we’re totally committed to Reason as a product in itself. Propellerhead will continue to develop Reason. Just like we always have. In fact we have a dedicated team working on an update of Reason right now. We always do.

And the same is true for ReWire, we will support it tomorrow just as we do today. Adding Reason to your DAW will continue to be the most powerful vitamin injection you can give it.

Which Should I Buy?

Yeah that is the question, isn’t it? What to buy? Reason? Record? Both? The good news is you don’t have to think too much about it. If you buy Reason now, you can add Record later, no problem. Even regardless of which version of Reason you have.

Or vice versa, if you buy Record, you can add Reason when you feel the time is right. We’ve made it simple and we’ve set the prices to make it a no-brainer to start anywhere and go from there.

Also, a lot of the concepts in the programs are the same, so if you start with Reason now, you will have learned a lot of techniques that you can use in Record later.

There will also be special offers for those who get Reason now and want to buy Record when it ships on 09/09/09. Exactly what those offers are depend on which market you are in, so please check with your local distributor.

It seems that Propellerhead has a marketing disconnect with some musicians about their current product lineup. A lot of people have a better understanding of what Record isn’t (a DAW) than what it is.

Beyond that, though, they face the issue that what a lot of people is an update to Propellerhead Reason that adds recording features, instead of a new product to buy and learn how to use.

We’ve published extensive coverage of Propellerhead Record – but it looks like Propellerhead needs to do more to educate users about what Record is and what it can do.

4 thoughts on “Propellerhead Record And The Future Of Reason”