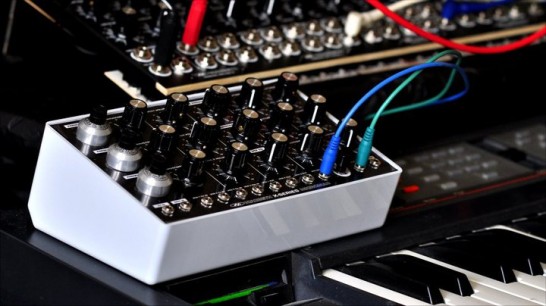 Ken MacBeth of MacBeth Studio Systems has been dropping hints about a new minisynth on his Facebook page.

MacBeth has this to say about it:

I play with the idea of designing some very small (42HP in 3U) MIDI driven analogue!

Why just have one oscillator and one envelope generator when you could have three oscs and two independant envelopes?!

Anyone else interested in 3 VCO, 2 EG semi-modular MIDI minisynth?

Pricing and availability haven’t been officially announced yet.