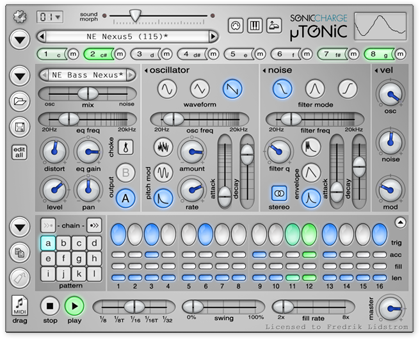 Sonic Charge has released µTonic 3.0, an updated version of its virtual drum machine instrument for Windows and Mac.

It’s the first major update to µTonic in five years.

Long-waiting µTonic users will find more than 20 new features, though, and an updated user interface. It’s free for registered users, too!

If you’ve used µTonic, leave a comment and let us know what you think of it!

µTonic for PC and Mac (VST/AU) is available for US $99. Registered customers can update for free.