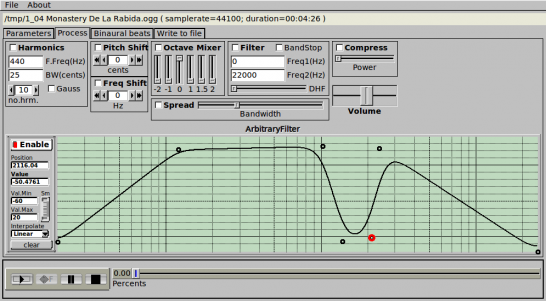 It is suitable for extreme sound stretching of audio and for applying special effects by spectral smoothing the sounds. It can transform any sound/music to a texture.

Version 2.1 is even more extreme and stretchier.

How stretchy is it? It can stretch your audio file up to one quintillion times ( 10^18 x ). Technically, that’s like a “bajillion” with a couple of extra zeros at the end.

If you’ve tried Paul’s Extreme Stretch, leave a comment with your thoughts on it!

A Windows binary is available to download at Nasca’s site. The Mac version is maintained separately, here.