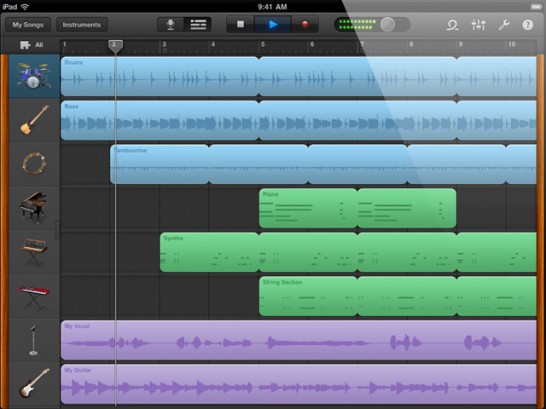 GarageBand for the iPad will sell for $4.99,  a price that promises to radically expand the audience for music-making apps on the iPad. The iPad version of GarageBand will be available starting March 11th.

Here’s a gallery of screen shots for GarageBand for the iPad:

GarageBand for the iPad will work with the existing iPad – but it will be interesting to see how performance fares. Apple, unfortunately, doesn’t say anything about features that a lot of musicians will be interested in, like MIDI support, workflows going back and forth to the Mac and support for third-party instruments.

A $5 mobile DAW is big news, though, and Apple is packing a lot into the app for the money.

What do you think of Apple’s iPad GarageBand announcement?