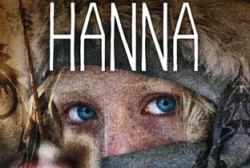 The Chemical Brothers have announced that their soundtrack for director Joe Wright’s adventure thriller Hanna will be released through iTunes on March 14/15th globally, in advance of the film’s April 8th theatrical release.

The Chemical Brothers’ soundtrack features 20 tracks that reflect the experiences of Hanna (played by Ronan) as she is pursued across Europe.

The Hanna soundtrack is the band’s first release since Further, which was released in 2010. You can preview the soundtrack fro the next 24 hours on MySpace.