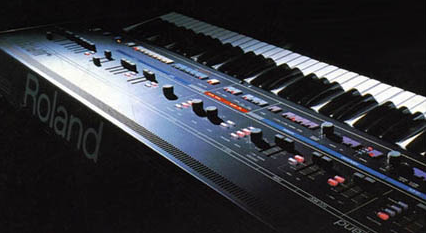 The biggest buzz heading into Musikmesse 2011 has been about the Roland Jupiter 80 synthesizer – a synth that doesn’t even officially exist.

That hasn’t kept the Roland Jupiter 80 rumors from running rampant, though.

Future Music says that Roland is set to release a new Jupiter keyboard at Musikmesse. They add that “The three oscillator hardware synth follows similar trajectories of the rebranded Juno and SH series and will most likely disappoint anyone expecting a modern take on the famed JP-8 analog synth of yesteryear witnessed below.”

There’s a fairly massive thread at GearSlutz about the Jupiter 80, but it’s mostly complaints about what the rumored Roland Jupiter 80 keyboard won’t be – a genuine analog monster synth.

Electronic music über-guru Craig Anderton says that “I saw a closed-door preview of it at NAMM while in prototype form. I can’t say anything specific until Messe, but the most important aspect of it is not what anyone’s expecting. Well, at least I wasn’t…”

Note that these are completely unofficial.

Synthesist Matthew Davidson has some interesting thoughts on the Roland Jupiter 80 at his Stretta blog:

To Roland, I fear the Jupiter name is simply a brand they can exploit.

What I think they’ll do is take the surface qualities of the Jupiter 8; the name, the color scheme and aluminum end cheeks and apply it to a product festooned with Roland buzzword technologies like D-beam, COSM, variphrase, trip-pad, and a touch screen. It’ll have a waveform ROM, play drum sounds and have a lovely piano patch with realistic reverb.

In short, it’ll be a V-Synth dressed up as a Jupiter-8 on Halloween.

Note: We don’t expect the Jupiter-80 to look anything like the Photoshop job above.

All they have to say about it is very vague:

A dramatic transformation has begun. The spirit of a legend re-emerges. An amazing new instrument takes form. Prepare for a new musical beginning.

Roland did recently register the domain name Jupiter80.com, along with Jupiter-80.com, but the site is just a placeholder, at this time.

It’s a week until we find out the Roland Jupiter 80 details – so there’s plenty of time for you to weigh in with your thoughts, hopes or speculation about the new keyboard. Let us know what you think!