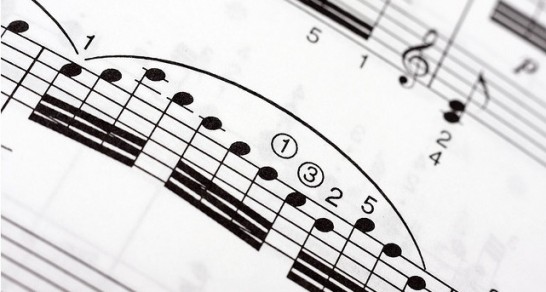 That’s one of the questions that is raised by a new ‘manifesto’ at the Noteflight blog. Noteflight, if you’re not familiar with the company, creates browser-based music notation software.

In his manifesto, Noteflight President Joe Berkovitz argues that, in spite of all the changes in technology, traditional music notation is as relevant as ever:

Notation remains the loosest, freest, most improvisation-friendly form in which music can be captured.

I am personally in love with the looseness and freedom that notation allows. Even our most complex masterworks contain vital room for the performer to move: a written piece can be played and interpreted in an infinity of ways. If it’s a classical piece, the tempo, dynamics, phrasing and many other aspects are fair game for the performer. If it’s a jazz, rock or folk piece, the choice of notes is left open too. Notation isn’t really music: it’s a set of ideas that can be spun out into infinite musical possibilities. Possibilities are really cool.

By comparison, audio is a frozen, static record of something that was played once. You can remix it, resample it and apply effects to it, but its musical DNA is a done deal. An audio recording contains the same ideas that could be written down in notation, but the recording is already telling you, “this is how it sounds.” In contrast, a score asks a question: “how could this sound?”

While Berkovitz argues in favor of “looser” communication of music, an over-arching trend in electronic music has been to give you greater and more immediate control over sound.

You’ve now got the ability to:

Berkovitz argues that ‘audio is frozen’ and, as a result, limited. While there are obviously benefits to being able to “freeze” audio, static results are not an inherent limitation of electronic music.

If electronic musicians want to introduce aleatory elements into their music, it can be done algorithmically or through performance options.

And the growth of interest in things like turntablism, controllerism and live remixing demonstrate that recorded music can be a platform for improvisation just as easily as traditionally notated music.

Berkovitz’s manifesto seems to, in effect, argue against electronic music, beyond the idea of electronic instruments.

While I agree with Berkovitz that notation still matters, its importance has been marginalized. For example, it’s fairly routine for composers to create large scale works, such as soundtracks, without the use of traditional notation.

Even in the area of music education, traditional notation is challenged to capture and communicate current performance practice.

Ultimately, knowledge of notation is a valuable skill, but much less valuable for most musicians than it once was.

What do you think? Is traditional music notation archaic or is it the best way to keep music ‘living’?

50 thoughts on “Does Music Notation Matter For Electronic Music?”