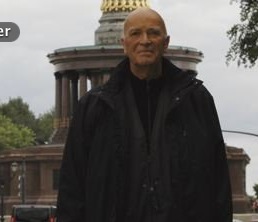 Experimental electronic music artist Conrad Schnitzler – who was a member of the original incarnation of Tangerine Dream and had a 40 year solo career – died August 4th of pancreatic cancer.

Schnitzler completed his final work, 00/830, a few days before his death.

In the last years of his life, Schnitzler worked on a project to ‘bury himself’ in beautiful locations around the world. See his Global Living memorial site for details.

Below, a short documentary about Schnitzler, in German.

When a pianist sits down and does a virtuoso performance he is in a technical sense transmitting more information to a machine than any other human activity involving machinery allows.