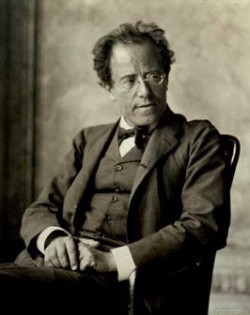 The Berliner Philharmoniker has announced a Gustav Mahler Remix Contest, using extracts from their recording of the Mahler’s First Symphony:

The musical focus of our competition is the music of Gustav Mahler. He was an Austrian composer born in 1860, an extraordinary conductor and a composer writing music that reflected his difficult childhood, his life and loves as well as his ever searching quest to understand the meaning of life. He wrote nine complete symphonies, and represented at the the turn of the century the cusp of the late romantic period as well as the breakaway to searching for new forms and means of expression. His First Symphony is devoted to expressing the connections between nature and the turbulences of life and love. He lived the latter part of his life in New York dying at the age of 51 in 1911.

Now in 2011, commemorating a hundred years since Mahler died, the Berliner Philharmoniker invite you to create your own remix of the sound tracks from the first movement of Symphony No.1 by Gustav Mahler, which we have uploaded on the site for you. You simply enter the SoundCloud site and upload your final remix by 30 September to the site.

So what’ll it be – dubstep Mahler or symphonic trance?

All entries should be submitted by 30 September 2011. As a guideline, entries can be ca. 3-5 minutes long.

Stems are available on Soundcloud. Details at the Berliner Philharmoniker site.