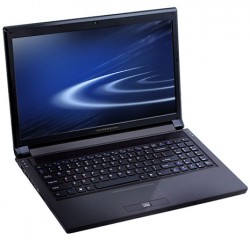 Rain Computers has announced the release of a new flagship laptop, the Intel quad-core powered LiveBook V2 Mobile Video + Graphics Workstation, a high-performance Windows laptop they describe as “the world’s most powerful laptop.”

LiveBook V2 is designed with audio, video and graphics production in mind.

Of particular note is the option to customize LiveBook V2 with a 2.5GHz Intel “Sandy Bridge” Core i7 quad-core processor, two high performance hard drives, a choice of NVIDIA GeForce or Quadro graphics and 32 gigabytes of memory.

“While it’s still true that sometimes nothing does the job like a hard-core high performance desktop, it’s no secret that designers and editors crave mobility just like the rest of us,” said Kevin Jacoby, CEO of Rain Computers. “Until now they’ve had to lug a desktop from place to place. That ends today.”

The quad-core LiveBook V2 Mobile Video + Graphics Workstation is available now through the Rain Computers website starting at $2499 and is coming soon to Rain Authorized Dealers including Best Buy, Amazon and B&H Photo.