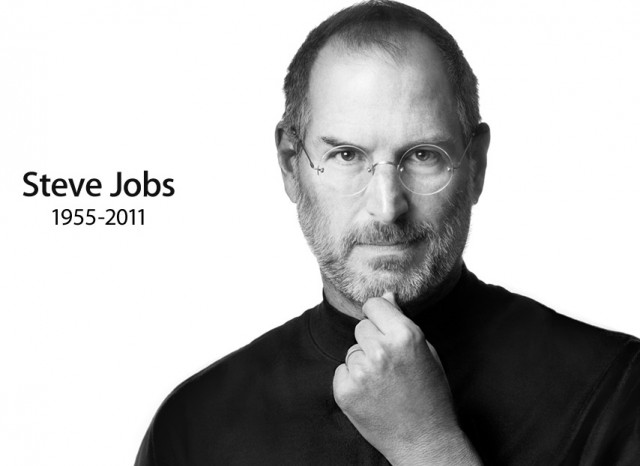 Apple today announced that Steve Jobs has died, at the age of 56:

We are deeply saddened to announce that Steve Jobs passed away today.

Steve’s brilliance, passion and energy were the source of countless innovations that enrich and improve all of our lives. The world is immeasurably better because of Steve.

His greatest love was for his wife, Laurene, and his family. Our hearts go out to them and to all who were touched by his extraordinary gifts.

His family has shared this statement:

In his public life, Steve was known as a visionary; in his private life, he cherished his family. We are thankful to the many people who have shared their wishes and prayers during the last year of Steve’s illness; a website will be provided for those who wish to offer tributes and memories.

We are grateful for the support and kindness of those who share our feelings for Steve. We know many of you will mourn with us, and we ask that you respect our privacy during our time of grief.

Under Jobs, Apple made many important music applications and platforms, ranging from the iPod to GarageBand and Logic Pro to the iPhone and iPad.

He announced his resignation as head of Apple on August 24, 2011, saying that he could “no longer meet his duties and expectations as Apple’s CEO.

This unaired Apple commercial from 1997, for the Think Different campaign, probably sums up his vision as well as anything.

“For those of us lucky enough to get to work with him, it’s been an insanely great honor,” said Bill Gates about Jobs. “I will miss Steve immensely.”

“Steve, thank you for being a mentor and a friend. Thanks for showing that what you build can change the world,” said Facebook’s Mark Zuckerberg. “I will miss you.”

Google’s Sergey Brin said “From the earliest days of Google, whenever Larry and I sought inspiration for vision and leadership, we needed to look no farther than Cupertino. On behalf of all of us at Google and more broadly in technology, you will be missed very much. My condolences to family, friends, and colleagues at Apple.

“Apple has lost a visionary and creative genius, and the world has lost an amazing human being,” Apple CEO Tim Cook said in a letter to employees. “We will honor his memory by dedicating ourselves to continuing the work he loved so much.”