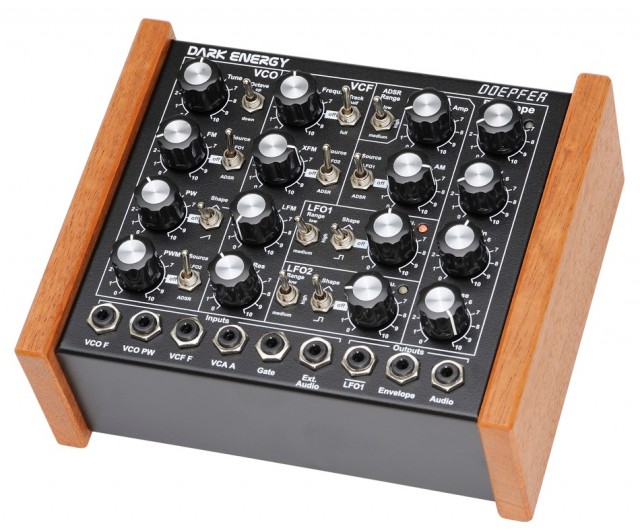 Dieter Doepfer has announced that the Dark Energy synthesizer will be discontinued, because of unavailability of a rare chip:

The Dark Energy will be discontinued as the CEM3394 is no longer available and the negotiations with the manufacturer (OnChip, the Curtis Electromusic successor) concerning a new productions series of the CEM3394 were not successful so far.

We think about a redesign of the unit (Dark Energy II) but it will be another instrument with a different sound and features (e.g. probably a 12 dB multimode filter with lowpass, highpass, bandpass and notch instead of the 24 dB lowpass).

Now that it’s gone out of production, expect the prices on this much-loved synth to jump, as people realize that they must have a Dark Energy!