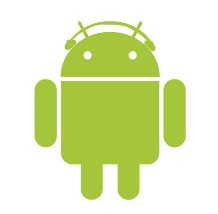 Developer Victor Lazzarini, writing on The Audio Programming Blog, shared his thoughts on why audio on the Android platform needs to be fixed:

As some of us have discovered very quickly, audio latency on Android is high.

There have been some efforts showing that given the right software support, lower latencies are possible. The crucial point however is this: do we want to develop for a custom system?

The answer, as far as I am concerned is no. In my view, we need to use the OS as-is, off-the-shelf. Customized systems, rooted devices, etc., might be good for playing around, but it is not a productive way to go. Eventually, we would like the user down the street to be able to run our apps on her/is device.

Latency, in this context, is a measure of the delay between a user taking an action and hearing the results. This doesn’t really matter for apps like music players, but can make music production apps unusable.

Latency on Android is currently a show-stopper for many types of music production apps, and this has been a thorn in developers sides for years. In  2011, developers were complaining about the fact that audio latency on some Android devices is  20 times the latency on comparable iOS devices. And from a developers perspective, Android audio is going nowhere fast.

Maybe Google just wants people to have Google’s applications and ads on their phones. Or maybe music and audio apps don’t rank high on their priorities.

But, for now, the state of audio in the Android OS means that the potential of Android devices for music and audio apps is going untapped.

“There is enough in Android to make it a very good platform for what we do, we only need the latency issue addressed,” notes Lazzarini. “Hopefully, they are hearing this loud and clear.”

20 thoughts on “Audio On Android Needs To Be Fixed”