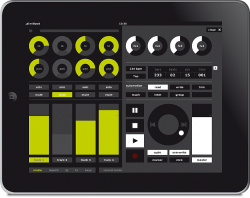 As more and more apps are released for the new music platform, more and more people are debating the place of the new device in a musician’s toolkit.

A few days ago, we featured a blog post by Music technology blogger Will Kuhn that argued that making music on an iPad is currently ‘a bag of hurt’. Kuhn’s view is, arguably, the ‘cup is half empty view’.

Here’s another take on using the iPad for music, via composer Chip Boaz. Boaz offers a very different perspective on the state of music apps for the iPad:

This isn’t to say that things are perfect now, iOS music will be better in the future. As they become more powerful, iPads will be become a standard in home production and they’ll appear frequently in professional studios.

The time to understand the interface and all the possibilities is now, preparing you for the wave of the future . . . besides, there’s an awful lot that you can do at this point.

Boaz goes on to suggest that iPads, and mobile music making tools, are the future:

I honestly believe that the future of home music production lies completely in the iPad, and the device is going to be integrated largely into the professional studio.

Current iOS devices contain loads of power, perfectly suited for high level music making. We are already at the point where full albums are being recorded and released through the iPad, and that’s only going to get more common.

I’m not saying that you should ditch desktop music production – at least not yet – I’m just saying that there’s currently so much potential in the art of making music on iOS that it really hurts.

Here’s an example of a musician that’s embracing the iPad as a music making tool. In this live performance at SXSW of Settle Down, New Zealand singer-songwriter Kimbra performs with what looks like a dual iPad rig:

Kimbra creates a dense, loop-based vocal arrangement and then adds software synth pads in a performance that clearly wows her audience.

Check out Boaz’s full post for his perspective on the state of the iOS music platform and let us know what you think!

Note: Some eagle-eyed readers have suggested that the touchscreen on the left is actually a TC Helicon Voicelive Touch, which is a dedicated vocal processor. If so, we need a better live jam performance to illustrate this post. Suggestions welcome below!

53 thoughts on “Is The iPad ‘The Future Of Home Music Production’?”

The orchestral composer is open to all the problems and conceits of the architect, liable to be trapped in a form that is inherently nonimprovisational, nonempirical. I shouldn’t be so absurdly doctrinaire, but I have to say that I wouldn’t give a rat’s ass if I never heard another piece of such music. It provides almost nothing useful for me.