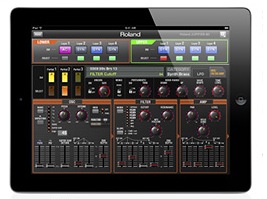 Roland UK has announced a promo for the Jupiter 80:

Buy a JUPITER-80 from a participating Roland UK dealer, and we’ll throw in an iPad 2 on which to run the newly announced iPad synth tone editor. (Available May 2012)

The iPad synth tone editor is part of the JUPITER-80 version 2 software update, which also includes the following improvements: