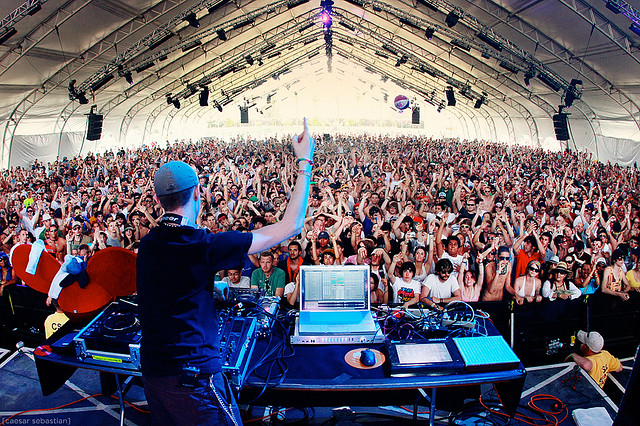 Here’s what Joel Zimmerman, aka Deadmau5, has to say about it:

We all hit play.

It’s no secret. when it comes to “live” performance of EDM… that’s about the most it seems you can do anyway.

Given about 1 hour of instruction, anyone with minimal knowledge of Ableton and music tech in general could DO what im doing at a deadmau5 concert.

So – if anyone could do what Deadmau5 and other EDM artists do onstage – what makes these shows worth seeing? 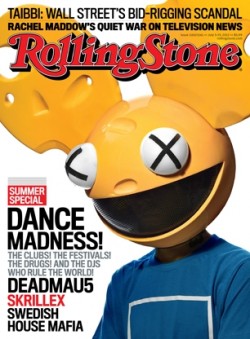 Much of it comes from the fact that an immense amount of work goes into great EDM shows.

Zimmerman explains some of the technical side of his shows:

okay, so heres me, in a big silly mousehead.. twiddlin a knob or somethin…

So heres how it works…. Somewhere in that mess is a computer, running ableton live… and its spewing out premixed (to a degree) stems of my original productions, and then a SMPTE feed to front of house (so tell the light / video systems) where im at in the performance… so that all the visuals line up nicely and all the light cues are on and stuff.

Now, while thats all goin on… theres a good chunk of Midi data spitting out as well to a handful of synths and crap that are / were used in the actual produciton… which i can tweak *live* and whatnot… but doesnt give me alot of “lookit me im jimi hendrix check out this solo” stuff, because im constrained to work on a set timeline because of the SMPTE.

Zimmerman also argues that what distinguishes EDM artists is their skill in the studio:

my “skills” and other PRODUCERS skills shine where it needs to shine… in the goddamned studio, and on the fucking releases. thats what counts…

None of this should be news to anyone that’s paying attention. And it’s nothing new – see this Jean Michelle Jarre performance for a vintage example.

Is spectacle enough, though? Is it time to bring back epic prog solos? Leave a comment and let me know what you think!

88 thoughts on “Deadmau5 On EDM Performance – ‘We All Hit Play’”