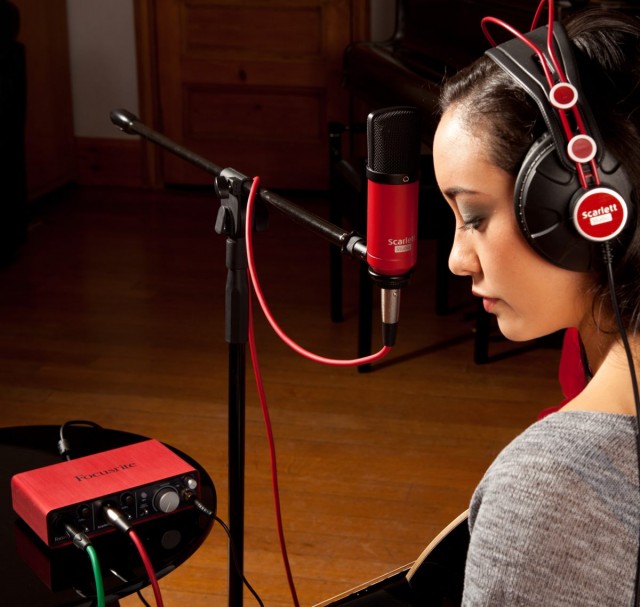 Audio interface manufacturer Focusrite has announced its new Scarlett Studio home studio kit, which includes all the gear required to record musical tracks, including a fully-featured music software suite that works with both the Mac or PC.

Scarlett Studio is built around the Focusrite Scarlett 2i2 USB 2.0 audio interface, and also includes the studio-grade CM25 large-diaphragm condenser microphone, an XLR cable, and a pair of HP60 monitoring headphones.

The Scarlett Studio CM25 condenser microphone can be used for vocals, while guitars, keyboards or other line-level instruments can be simultaneously recorded with the Focusrite mic preamps. Scarlett 2i2 has TRS monitor outputs and a front-panel headphones outlet, each with dedicated level controls, and zero-latency Direct Monitor mode.