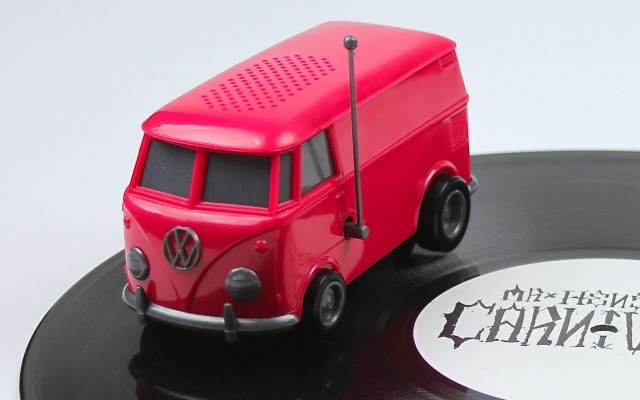 At the 2013 NAMM Show, one of the stranger things being displayed was the Soundwagon – a music toy described as ‘the world’s smallest portable vinyl record player’.

The Soundwagon a miniature VW bus that is also a self-contained record player. It’s battery powered and plays by driving around the grooves on LPs.

Here’s a demo of the Soundwagon in action:

If you had a sign above every studio door saying ‘This Studio is a Musical Instrument’ it would make such a different approach to recording.