ROLI has introduced the Seaboard Grand – a new music controller that they describe as ‘an evolution of the piano keyboard’.

The Seaboard has a soft three-dimensional surface that they say enables “unprecedented real-time, intuitive control” of the fundamental characteristics of sound: pitch, volume, and timbre 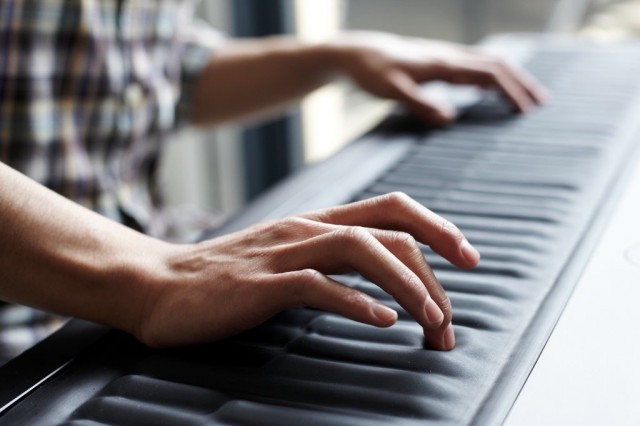 The Seaboard is designed to let you control a wide variety of parameters, through traditional techniques for expressiveness and virtuosity. As a controller, it can simulate guitar note bends, subtle string and horn swells and more.

Here’s a demo of the Seaboard Grand in action:

A limited edition of 88 Seaboard GRANDs will be available for pre-order worldwide starting in April 2013. Each Seaboard GRAND will be hand-assembled to order in the ROLI studio in the heart of Dalston, East London, and, in recognition of its provenance, each will be named after a particular note on the piano keyboard, from A0 to C8.

For more information on the Seaboard, see the ROLI site.

Check out the video and let us know what you think of the Seaboard Grand controller!