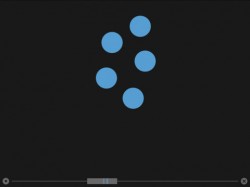 Developer Szymon Kaliski let us know that MicroTones – a microtonal synthesizer for iOS – has been updated to version 1.2. The new version is a completely rewritten application, featuring full support for new devices (including iPhone 5 and iPad mini), improved engine, new interface and background audio.

MicroTones is a microtonal synthesizer for iOS, allowing simultaneous playback of up to forty sine waves set with accuracy to one hundredth of a hertz.

Microtones is available for US $1.99 in the App Store.