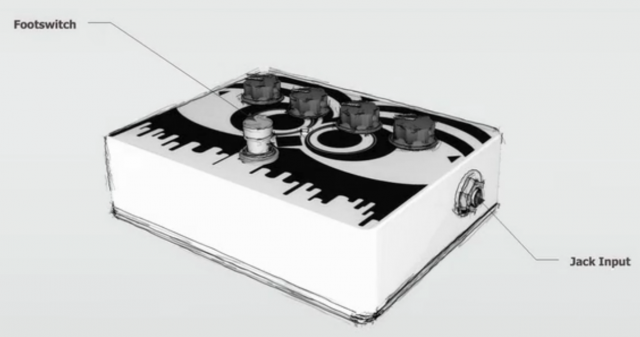 Recenty, Taylor Holliday – creator of Audulus for iPad and Mac – said that he was considering porting the Audulus audio engine to the OWL, a £165 open-source, open-hardware programmable effects pedal.

The basic idea behind the OWL is that it’s a powerful audio computer built into a stompbox pedal. It’s being funded as a Kickstarter project and is already fully funded. And, since it’s based on open source software and open hardware designs, any developer can create software to run on it.

That’s where Audulus comes in. 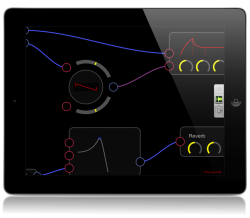 Holliday is considering porting the audio engine behind Audulus to the OWL.

“So, you’d patch on the Mac (or maybe iPad), assign the pedal’s knobs, and download the patch to the pedal,” he explains.

Instead of needing to know how to program in C++, you could create patches visually in the Audulus modular audio environment on your Mac or iPad. And you could use these patches in your DAW or on your iPad.

But for performing live, you could download your patch to an OWL pedal and turn your custom effect into a custom stompbox. And, because OWL is an open-hardware platform, it’s easy to imagine Euro or 5U synth modules based on the platform.

What do you think of the idea of creating modular synth patches and running them in your DAW, on an iPad or as a hardware module? Is this something you’d like to see Holliday research further?

24 thoughts on “Would You Be Interested In An Audulus-Based Programmable Effects Pedal? (Built On The OWL)”

Music in itself carries a whole set of messages which are very, very rich and complex, and the words either serve to exclude certain ones or point up certain others.