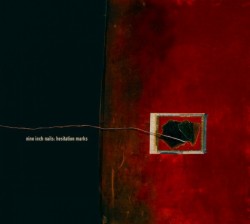 The ‘loudness wars’ is the trend for music to be mastered with greater and greater compression, which results in tracks sounding ‘louder’, at the expense of dynamic range. According to the band, the standard ‘loud’ version will be preferable for most listeners, but the ‘audiophile’ version is a more accurate reflection of the music.

The biggest issue in mastering these days tends to be how loud can you make your record. It is a fact that, when listening back-to-back, loud records will come across more impressively, although in the long run, what you sacrifice for that level can be quality and fidelity.

So, after much discussion, we decided to go with two versions. On the main release, Mastering Engineer Tom Baker did exceptional work to maintain the integrity of our mixes and reproduce the low end as much as possible and still get a decent level, although it’s still nowhere as loud as a lot of modern records.

The Audiophile Mastered Version is more true to how the mixes sounded to us in the studio when we were working on the songs. Have a listen, turn up the volume and enjoy the experience!

I believe it was Trent’s idea to master the album two different ways, and to my knowledge it has never been done before.

The standard version is ‘loud’ and more aggressive and has more of a bite or edge to the sound with a tighter low end.

The Audiophile Mastered Version highlights the mixes as they are without compromising the dynamics and low end, and not being concerned about how ‘loud’ the album would be. The goal was to simply allow the mixes to retain the spatial relationship between instruments and the robust, grandiose sound.

If you order any format of Hesitation Marks from nin.com, you’ll be able to download one or both mastering versions, in whichever formats you prefer (MP3, FLAC, Apple Lossless, and WAV), beginning September 3rd.

What do you think of the idea of offering multiple masters of albums – ‘loud’ and  ‘audiophile’?