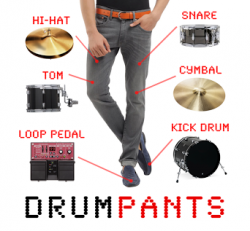 Developer Tyler Freeman has introduced DrumPants – an inexpensive wearable MIDI controller that you can put in your pants.

We featured a lot of creative MIDI controllers on Synthtopia recently, but DrumPants spank the competition in the ‘wear it in your pants’ department.

DrumPants have the advantage of being both inexpensive (pricing starts at $89) and being wearable (in your pants). DrumPants comes with 100+ built-in sounds, including drums, percussion, synthesizers, guitars and pianos. And it can also be used to send MIDI or OSC, turning your body into a mobile MIDI controller. 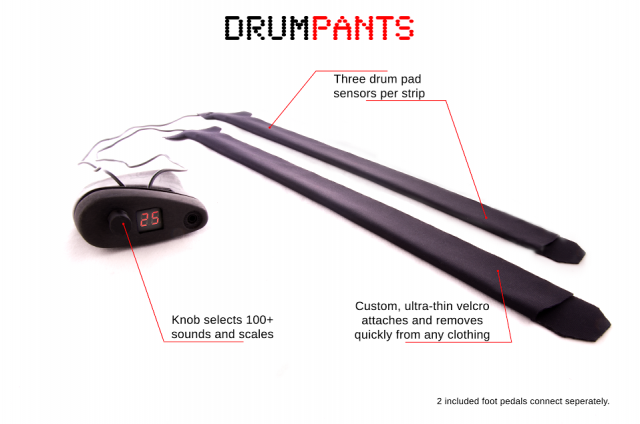 While DrumPants were designed to be an ‘industrial quality wearable musical instrument’, fun is also a top priority.

“It’s a wearable music kit, so you can make sounds – in your pants!” notes Freeman.

And, if you’re worried about unsightly MIDI bulge, DrumPants don’t even have to be worn in your pants. They’re flexible and can can attach to your body or clothes in a variety of ways: 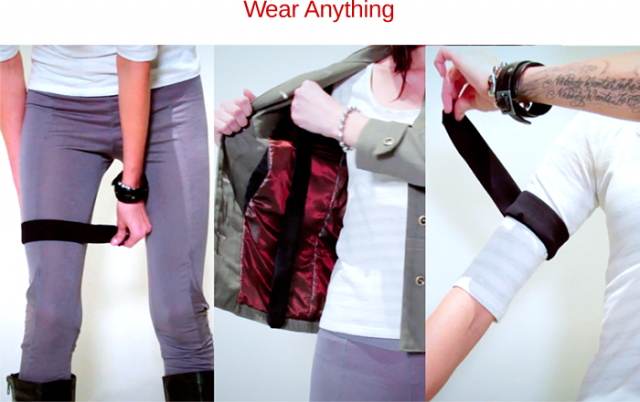 DrumPants are being developed as a Kickstarter project. Here’s the official intro video:

Here’s an example of DrumPants being used to control AniMoog to make super-trippy 80’s cop-show music:

The DrumPants software takes output data from the DrumPants or a connected Arduino and lets you manipulate it in real time. Just tell it what kind of sensor you’re using, calibrate it using the on-screen graphs, and choose actions to trigger.

Full details are available at the project site.

Leave a comment and let us know what you think of DrumPants!

To me the synthesizer was always a source of new sounds that musicians could use to expand the range of possibilities for making music.