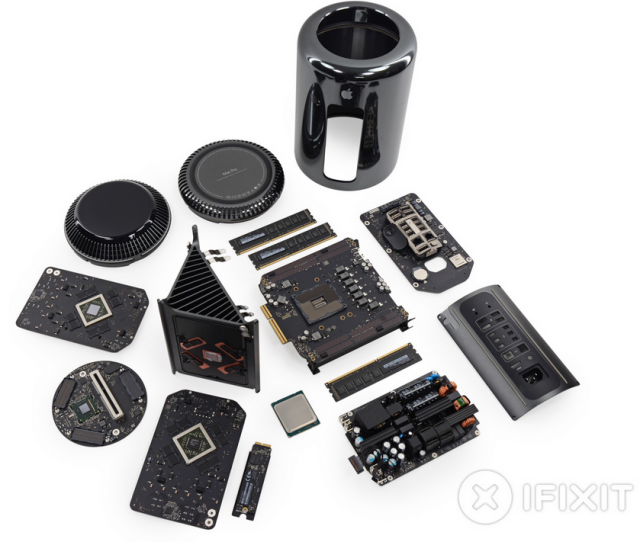 iFixit has done a teardown of the new Apple Mac Pro, and gives it high marks (8 out of 10) for repairability and ease of upgrading.

Pricing, upgradeability and looks are the three greatest concerns we’ve seen raised by musicians about the new Mac Pros.

See the iFixit site for the full teardown.