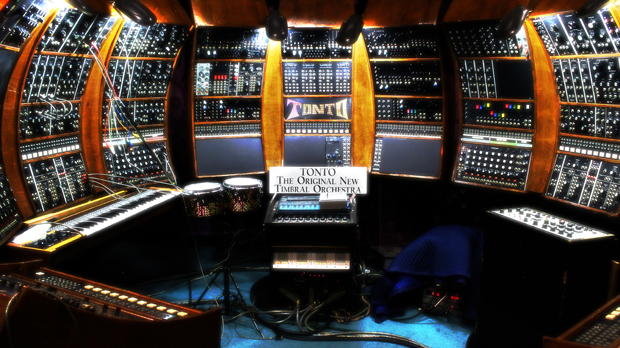 The mothership has landed. TONTO (The Original New Timbral Orchestra), described as ‘the first multitimbral polyphonic analog synthesizer’, has found a new home.

TONTO is a huge multitimbral polyphonic analog synthesizer, created by Malcolm Cecil and Robert Margouleff in 1968. It was one of the first synthesizers capable of producing many tone colours with different voices simultaneously.

TONTO was also featured on multiple Stevie Wonder and The Isley Brothers albums in the 1970s. It also made an appearance in the cult classic film Phantom of the Paradise. Diverse artists such as Joan Baez, The Doobie Brothers, Quincy Jones, Randy Newman, Bobby Womack and many others also used TONTO on recordings in 1970s and 1980s.

After acquiring Margouleff’s share in 1975, Cecil continued to develop and expand TONTO. In late 2013, the NMC acquired TONTO and has worked with Cecil to document its intricate systems and ensure that it can continue to be used by artists at the future NMC building, opening in 2016.