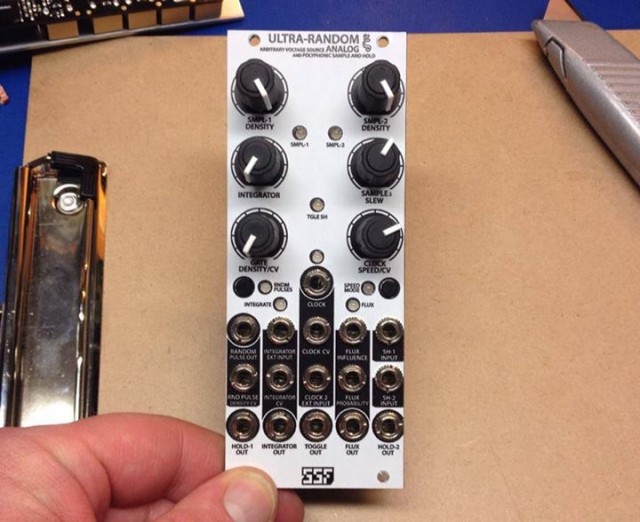 Steady State Fate released this teaser photo of a new module that they’re bringing to the 2014 NAMM Show – the SSF Ultra-Random ANALOG.

Not enough randomness in your life?

Can you guess what the second one is called?

They haven’t announced what the second module in the two-module series that includes Ultra-Random ANALOG is going to be – but we’ll have the official details once they are announced.