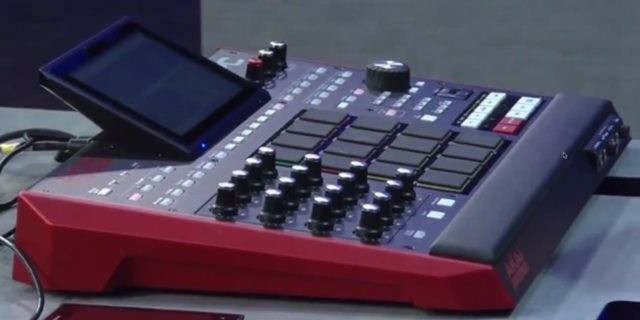 The next Akai MPC workstation may run Windows 8, based on a sneak preview of a MPC prototype that Akai and Microsoft showcased at Microsoft’s Build 2014 – a developer conference held April 2-4 in San Francisco.

The new MPC hardware, above, looks like a bit like a modified MPC Renaissance, with a much larger screen. The OS it runs on is Windows Embedded Industry 8.1, a version of Windows 8.1 that’s designed for running custom hardware systems, rather than standard PCs.

Here’s video from the conference that briefly features the new Akai MPC:

Note: This is an early prototype and no official announcement about the new MPC or its release date has been made.

My first source of inspiration in my life, since I was a student, is the gear – the technology and the instruments