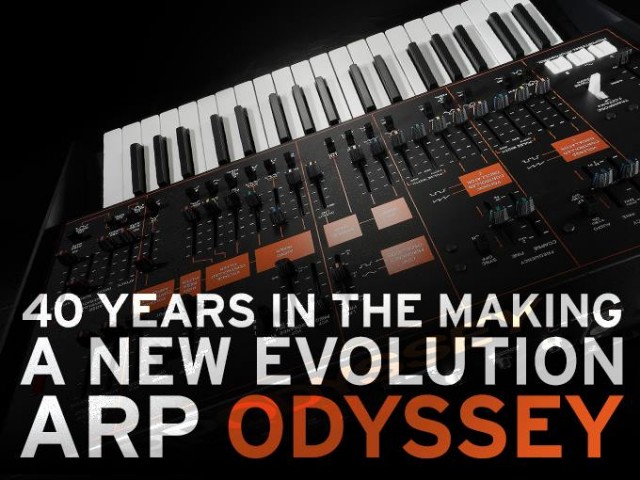 Korg today shared this teaser image for the new ARP Odyssey, saying only “Be prepared for a new evolution 1-22-15”.

Jan 22 is the opening of the 2015 NAMM Show, so expect the new Korg ARP Odyssey to make its official debut at the event.

Korg announced plans in February that it plans to reissue the ARP Odyssey. At the time, Korg also announced that ARP co-founder David Friend was joining Korg as their chief advisor on the Odyssey.

Here’s a sneak preview of the Korg ARP Odyssey: 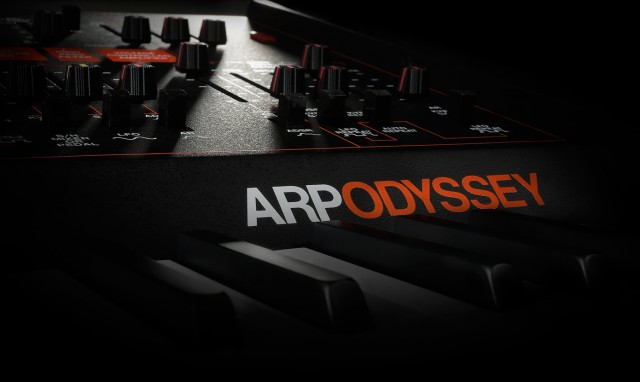 The original ARP Odyssey was released in three different versions. When we asked what version of the ARP Odyssey Korg should make, readers strongly indicated that they prefer the Black and Orange color scheme of the Odyssey MK III and that they’d prefer it be updated with MIDI and multiple filter options.

We’ll have to see if Korg took the input of readers to heart.

To make things even more interesting, last week Behringer hinted that it might make its own ARP Odyssey. It’s unclear, though, if the Behringer Odyssey is anything more than a design concept, at this point.

We will have details on the Korg ARP Odyssey as they are made available.

Check out the images and let us know what you think! 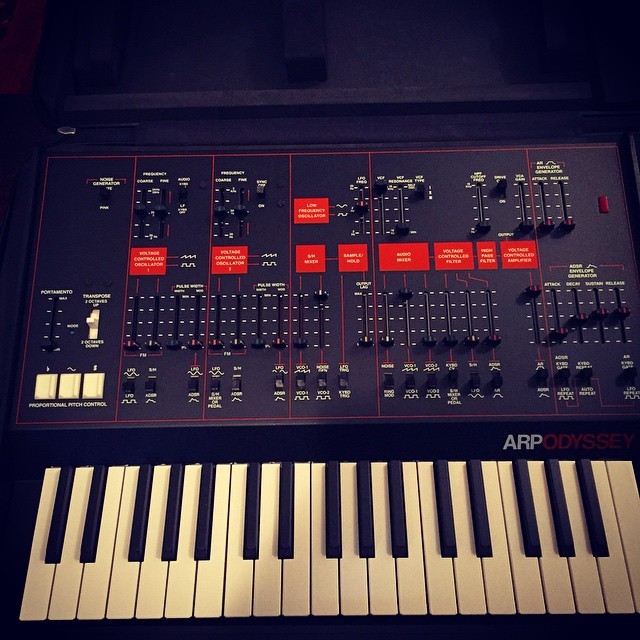 It’s only when the tide goes out that you learn who has been swimming naked.