The MIDI Manufacturers Association (MMA) will be hosting an open discussion at the 2015 NAMM Show about a new ‘HD’ standard, designed to be compatible with MIDI 1.0. 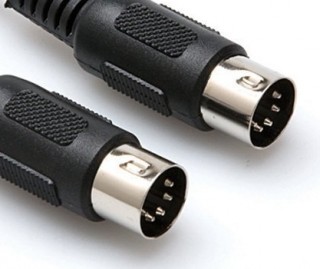 The MIDI standard – originally proposed by Dave Smith, right – was adopted over 30 years ago, and is now supported by over a billion devices.

For the last several years, the MMA has been working on a new protocol, designed to co-exist with the 30+ year old MIDI standard, but offering some significant new features.

Note that the proposed standard is not intended to replace MIDI, but be a new standard, designed for new applications.

We asked MMA President Tom White to explain the role of the new protocol and how it fits in with the existing MIDI standard:

We are aware that musicians may assume our HD Protocol is a replacement for MIDI, but that’s an unrealistic expectation which we do not want to encourage.

MIDI is extremely cost effective and well suited for very low-cost products, while HD is not; and MIDI already handles most applications that people have today, so the added cost of HD can’t be justified in most products.

We believe that HD Protocol does make sense for certain products, but what those products are will be up to individual manufacturers to decide and promote.

We expect HD-equipped products to roll out slowly over time, while MIDI continues to be the primary technology for digital musical instruments for many more years. Hence, we need to promote each technology as a separate (yet fully interoperable) solution.

White also says that the name ‘HD Protocol’ is a working name for the proposed standard and may change.

According to the MMA, ‘the HD Protocol Specification has reached a milestone that warrants industry-wide consideration.’ Music technology hardware and software developers attending the NAMM session will learn about the HD Protocol feature set, and participate in deciding the environment needed to successfully develop and launch products that support the proposed standard.

For more information on the meeting, see the MMA site.

Note: This post was updated to clarify how the MMA is positioning the proposed ‘HD Protocol’ and to make clear that, while it is being developed by the MIDI Manufacturers Association and is compatible with MIDI 1.0, they do not consider it a MIDI standard.

I have always been convinced that electronic music would become the biggest musical genre. Because paradoxically, it isn’t a genre like hip hop, rock or punk. It is a new way of thinking about musical creation, composition, writing and even distribution.