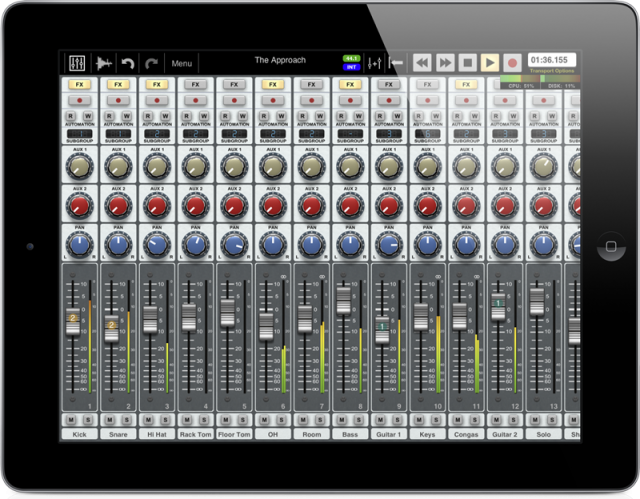 iPad DAW Auria is currently on sale for 50% off the regular price.

Auria is a 48-track digital recording system, designed from the ground up for the iPad.

Developer Wavemachine Labs has announced an update, Auria Pro, that will add MIDI sequencing. Auria users will be able to upgrade at a discounted price.

Auria is currently available for US $24.99 in the App Store.