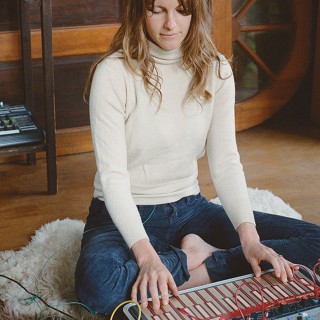 “The video was made with a Buchla Music Easel and a custom delay I made in Ableton,” notes Smith. “The video is real time synthesis. No post production.”

Each of the first six songs on Euclid were initially structured using euclidean geometry, an idea which Smith explored while attending a class at the San Francisco Conservatory. As Smith explains, “We each chose a 3D shape and assigned our own guidelines to the different components that make up the shape. For example each point of the shape represents a different time signature, each line between the points represents a pitch, each shape within the closed lines represents a scale, etc. And then you play the shape.”

Below, you can preview Sundry, from Euclid:

Tides features pieces that were designed to enhance one’s environment.

You can preview Tides V below: