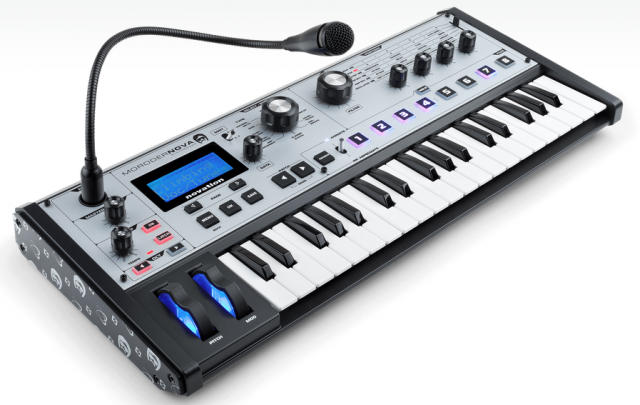 Novation today made it official: the custom synth featured in Giorgio Moroder’s latest video is the limited edition MoroderNova.

The Novation MoroderNova, above, is a new version of the MiniNova that is pre-loaded with synth patches inspired by the work of Giorgio Moroder and featuring Moroder-inspired styling.

Moroder – whose work helped define the sound of disco and synth pop – was already a MiniNova user, so Novation says that ‘the idea to collaborate on a new limited-edition Novation synth seemed obvious’.

The MoroderNova is pre-loaded with Moroder-approved synth patches, based on sounds from some of his best-known work. The numbered run of 500 signature MoroderNovas have a custom design, branded with Giorgio’s signature ‘moustache and shades’ insignia, and featuring silver/black styling: 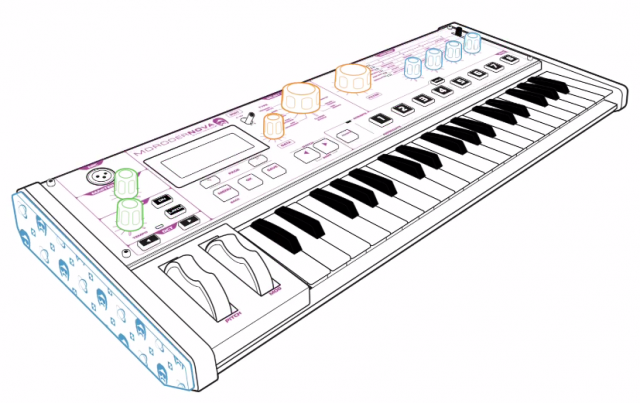 The signature sound patches come from some of Giorgio’s seminal moments in music. Novation says that its sound designers have created patches to match the original Moroder sounds, from the timbres of Moroder’s disco classics with bands such as Sparks and Donna Summer, to the sounds of the Top Gun and Scarface soundtracks, and his recent work with Daft Punk.

The Novation MoroderNova is being produced in a very limited edition of 500 units, each numbered and shipped with certificate of authenticity. Suggested retail price is $624.99 (MAP $449.99), and the synths should be available mid-summer 2015. More information, as it becomes available, is at the MoroderNova website.