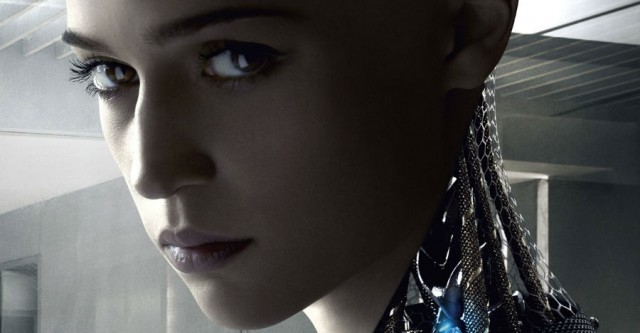 That idea, introduced by computer scientist Alan Turing, has sparked the imagination of many, been a recurring topic of fiction and film (like the recent Ex Machina, above) and led to alternative Turing tests that attempt to identify intelligence in different ways, ranging from chess playing ability to problem solving to creativity.

If there was a Turing Test for musical artificial intelligence, a new music composition application, Kulitta, might pass it. 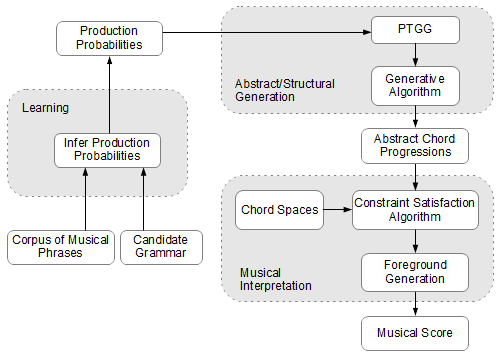 Kulitta is a framework for automated composition, created by Donya Quick at Yale, that can be configured to run as a standalone artificial intelligence for generating music in a particular style.

A central idea to Kulitta’s approach is the notion of abstraction: the idea that something can be described at many different levels of detail. Music has many levels of abstraction, ranging from the sound we hear to a paper score and large-scale structural patterns.

Music is also very multidimensional and prone to tractability problems. Kulitta works at many of levels of abstraction in stages as a way to mitigate these inherent complexity problems. Dealing with these layers of musical abstraction depends on creating grammars for modeling and working with music in new ways.

All this would be irrelevant, though, if the results weren’t musical. Here’s an example of one of Kulitta’s compositions, Etude for piano:

Kulitta’s Etude is certainly musical – it sounds like music we’ve heard before and has immediately recognizable forms that make it clear that this isn’t just random notes or chord progressions.

But are the results really the result of a artificial musical intelligence – or just a computer program that can follow instructions well?

That’s where the idea of a ‘musical turing test’ comes in.

Here’s some additional background on Kulitta:

A summary of Kulitta by Yale News suggests that Quick’s application has already passed a basic musical Turing test:

In two separate tests, each involving more than 100 human subjects of varied musical experience, participants listened to 40 short musical phrases, some written by humans, others by computer programs, including Quick’s, which she calls Kulitta.

The subjects were asked to rate the musical phrases on a seven-point scale ranging from “absolutely human” to “absolutely computer.”

In both tests, Kulitta’s compositions rated, on average, on the human side of the scale.

This test, which rated the ‘humanness’ of short musical phrases, is setting a low bar for musical intelligence. Any programmer with a musical background should be able to create a program that can do basic musical tasks efficiently, like generating melodic phrases that are usable, if not inspired. And Quick has clearly gone far beyond that, creating an application that can generate musical works.

A true Turing Test for music artificial intelligence needs to look further – at whether a program can independently create music that can compete with human music, in the ways that human music has to compete for your attention:

Kulitta is far from passing these sort of tests – but is still a very impressive example of the progress that is being made in understanding how musical creation works. You can find out more about Kulitta at Donya Quick’s site.

What do you think a valid Turing Test for musical artificial intelligence would be? Leave a comment and share your thoughts!

27 thoughts on “If There Was A Turing Test For Music Artificial Intelligence, ‘Kulitta’ Might Pass It”