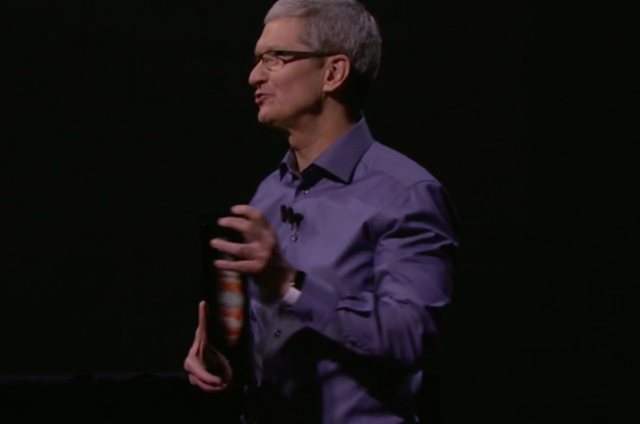 “The iPad Pro is far and away the fastest iOS device we have ever made — its A9X chip beats most portable PCs in both CPU and graphics tasks, but is thin and light enough to hold all day,” notes Apple senior vice president Philip Schiller.

Audulus 3 is going to be AWESOME on #iPadPro!

Here’s the official intro video for the iPad Pro:

Note that, while the iPad Pro offers CPU and graphics performance comparable to mobile PCs, RAM and storage space are smaller – comparable to other tablets, which are optimized for battery life.

The iPad Pro is expected to be available in November, with this pricing: