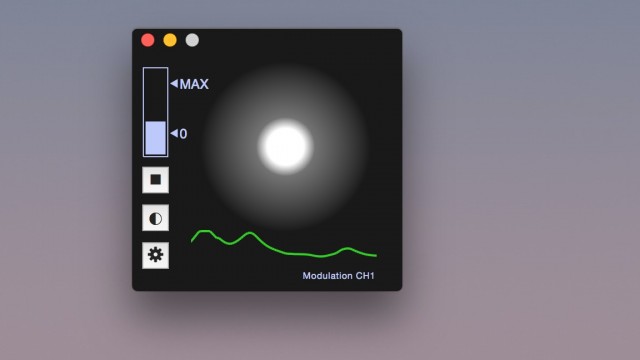 Solar Modulator reacts to any light change. It can be something as simple as changing a sound by moving one’s hand towards the camera (blocking light), but it also supports more complex interactions, using a remote control’s infrared pulses and more.

Solar Modulator should work with any Mac app that takes MIDI input, (including Logic Pro, Ableton Live, GarageBand, MainStage, and more) since it simply acts like a standalone external MIDI device.

Solar Modulator supports the following MIDI parameters over all channels in normal or high resolution:

Note: Solar Modulator requires a camera and MIDI input-compatible software to be useful, as it does not generate sound by itself, and does not directly send MIDI to external hardware.

Solar Modular is free to download and test; the full version is US $3.99 in the App Store.