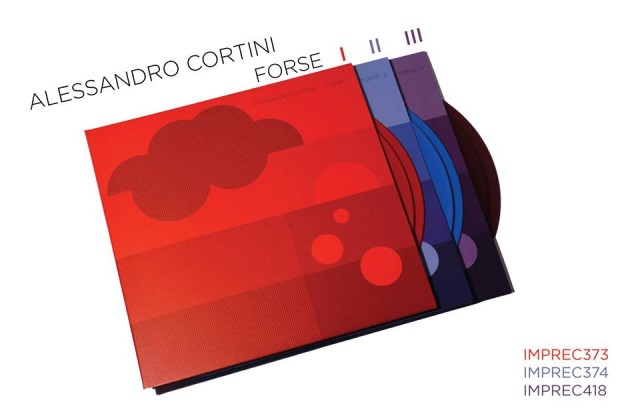 “All pieces were written and performed live on a Buchla Music Easel, in the span of one month,” notes Cortinin. “I found that the limited array of modules that the instrument offers sparked my creativity.”

“Most pieces consist of a repeating chord progression, where the real change happens at a spectral/dynamic level, as opposed to the harmonic/chordal one. I believe that the former are just as effective as the latter, in the sense that the sonic presentation (distortion , filtering, wave shaping, etc) are just as expressive as a chord change or chord type, and often reinforce said chord progressions.”

The first 200 copies in the new pressings are on colored vinyl and packaged in a deluxe heavy duty gatefold jacket, printed on thick board stock with a lush matte laminate.

Here’s a preview from Forse 1:

Here’s a preview from Forse 2:

Here’s an excerpt from Forse 3: