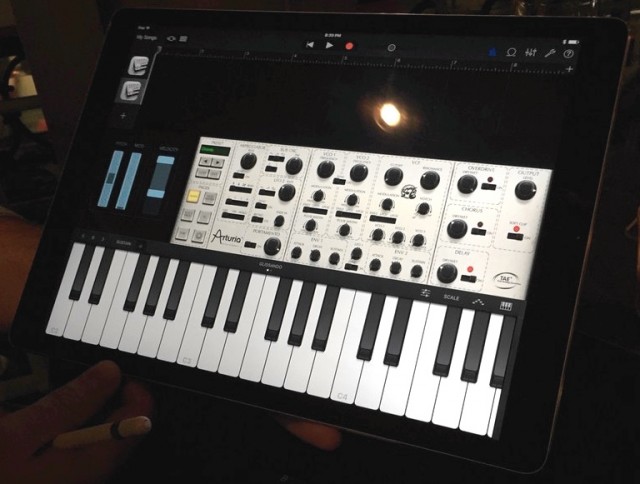 Developers Tempo Rubato, who handled the porting of Arturia SEM V to iOS, shared this sneak preview of iSEM running as an Audio Unit in GarageBand on an iPad Pro.

When Apple announced iOS 9 this summer, it included an interesting development for iOS mobile music making – Audio Unit Extensions. Here’s what Apple had to say at the time:

The Audio Unit extension point allows your app to provide musical instruments, audio effects, sound generators, and more for use within apps like GarageBand, Logic, and other Audio Unit host apps. The extension point also brings a full audio plug-in model to iOS and lets you sell Audio Units on the App Store.

No release date has been announced for the updated Arturia iSEM, but the developer says the ‘update will come soon!’