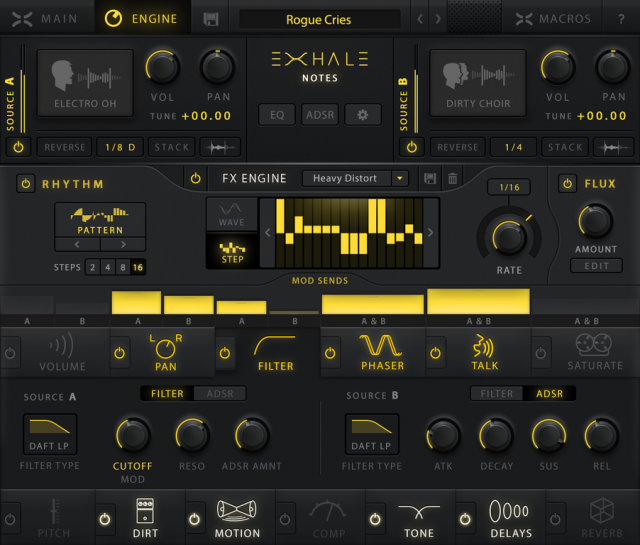 Output has announced the release of Exhale, which they have dubbed “the first truly modern” vocal engine.

“As musicians, we’ve always wanted a vocal instrument that was cool, creative and modern,” says Output Founder Gregg Lehrman. “So we decided to build it!”

To develop EXHALE, Output enlisted a team of record producers, vocalists and sound designers to “capture, manipulate and shape” the vocal sounds.

The Exhale engine features three separate modes: Notes for chromatic playing, Loops for looping vocal elements, and Slices for sliced vocal phrases. The user can find and customize their sound on the Main page using 4 Macro sliders, or delve deeply into modulation, mixing and effects on the Engines page.

The Output Exhale vocal engine is available now on Output’s webstore and via authorized Output dealers. Regularly priced at $199, Exhale is available to existing Output customers for an introductory price of $179 through November 30, 2015. More information is available at the Output website.