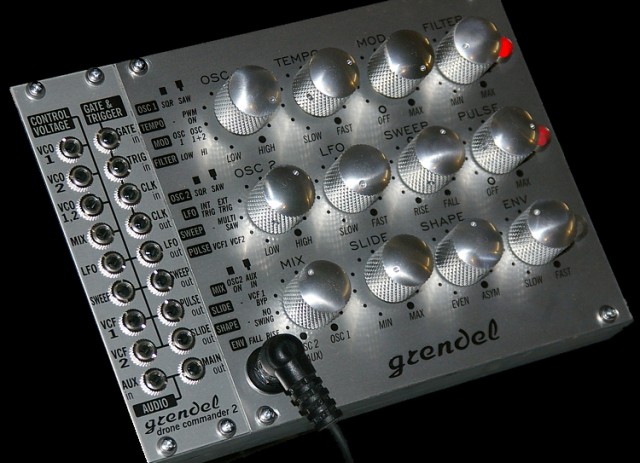 They describe it as a ‘unique and highly playable tone source for drone music, leads, bass, and sound effects.”

Here are a couple of video demos:

Grendel Drone Commander 2 is a true analog synth built, with extensive use of discrete transistor technology. Its minimalist control panel presents twelve solid metal knobs, and each one doubles as a push-pull switch to modify the tone.

Behind the panel is a newly designed all-analog sound engine with two oscillators, two filters, an envelope generator, and a comprehensive LFO section capable of producing four simultaneous waveforms.

Pricing and availability are to be announced. See the Rare Waves site for more info.

Do not try to create and analyze at the same time.

They are different processes