IK Multimedia has introduced Mic Room – a microphone-modeling app that lets you ‘re-mic’ recordings, giving you a virtual mic collection.

They’ve modeled the frequency response and characteristics of a variety of microphones, letting you record with an $100 Shure SM-58 mic and, according to IK, turn it into a recording that sounds like it was recorded with a rare, expensive mic. 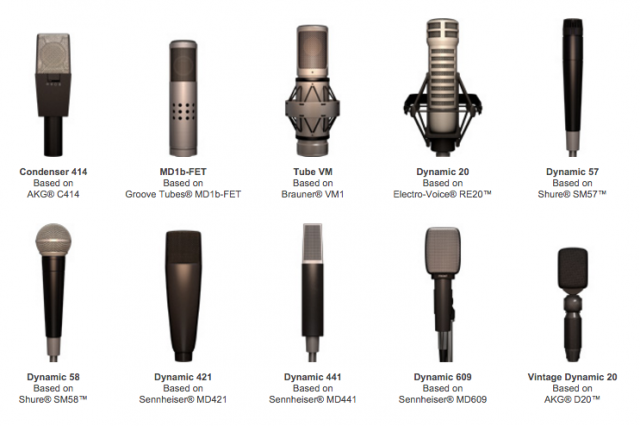 Mic Room is designed to change the sonic profile of recorded audio to match the signature of the chosen microphone. It’s designed to be placed on individual tracks that contain recorded audio from a microphone source, like vocals, acoustic guitars, miked electric guitar amps or drum tracks.

Once placed on the track, T-RackS Mic Room lets you choose the “source” microphone that was used to capture the original audio, from a list of all the available models. You can then choose a new microphone to re-mic the character of your original recording to match the specific nuance, color and tonal character of the modeled microphone.

Mic Room is available now for US $69.99. Mic Room is also available for iPhone, iPad and iPod touch. Additional microphone models are available via in-app purchases.

24 thoughts on “IK Multimedia Intros Mic Room, Turns Your SM-58 Into A Neumann U67”