Eaton is best known for his operatic works, but also composed for electronic instruments and also collaborated with instrument designers on some pioneering instruments, including the Eaton-Moog Multi-Touch Sensitive (MTS) keyboard – a precursor to today’s Multidimensional Polyphonic Expression (MPE) MIDI controllers.

In a 2012 interview, Eaton explained the idea behind the MTS keyboard:

“In earlier electronic music, the one element I almost always found missing was human nuance. I believed that would only enter if composers had more control in performance over the various aspects of electronic music.

I asked Bob if he could design a keyboard that would allow much more control over all aspects of the musical continuity. I suggested that each key have four different sensitivities, derived from keyboard and string instruments:

1) the amount a key is depressed;

2) the front-to-back position on the surface of the key;

3) the side -to side position on the surface of the key;

4) the amount of pressure added to a completely depressed key.

(Later, Bob was to add the amount of area a finger covered on the surface of a key.)

These sensitivities should be able to be applied to any aspect (parameter) of the music made available by a dedicated computer. A larger touch-sensitive plate on the side of the keyboard could make the x, y and z axes of each key applicable to general control of the musical continuity. Banks of dual-action pedals applied to each keyboard could also control more general aspects of the music.

You, of course, wouldn’t have to use all of the sensitivities at once. And you should be able to change how the system works instantaneously. 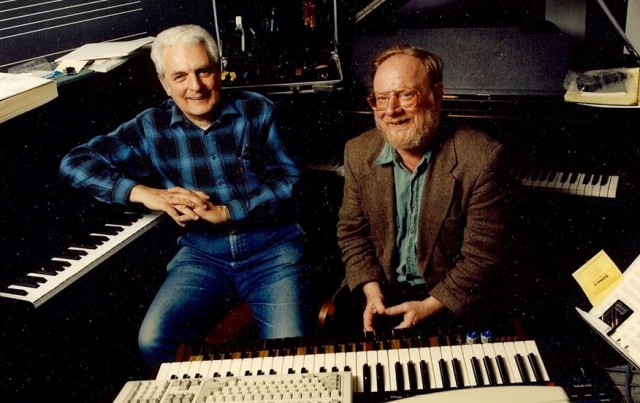 “We are deeply saddened to learn of the passing of the brilliant Dr. John Eaton, an innovator in avant-garde opera and in the composition and performance of electronic and microtonal music,” shared Michelle Moog-Koussa of The Bob Moog Foundation. “He was the inspiration for the Eaton-Moog Multi-Touch Sensitive keyboard, which Bob devoted almost 20 years to completing and which he considered his greatest contribution to the world of music.”

Here’s an interview with Eaton by The Snapshots Foundation. where he talks about his experiences with the Synket & Moog instruments:

You can find another interview with Eaton at the NAMM site, as part of their NAMM Oral History Program.