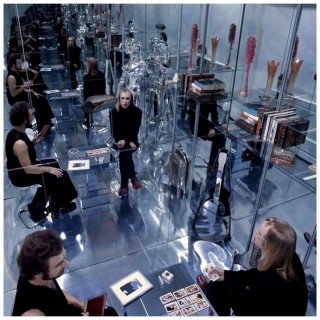 The late BBC DJ John Peel is revered by many for his part in introducing progressive music of all types to British listeners.

One of the most notorious broadcasts of his career, though, was the time in 1973 when he debuted Fripp & Eno’s proto-ambient album No Pussyfooting to the world, by accidentally playing it backwards, in its entirety.

As the story goes, the copy of No Pussyfooting that Peel had received was on reel-to-reel tape and Peel’s engineer played the tape backwards. And the ambient tape loop soundscapes that Fripp & Eno had created were so foreign to 1973 ears that no one at the station knew the difference.

Some would argue that this backwards broadcast, embedded above, to Peel’s adventurous audience, was the real start of Eno’s mature post-Roxy Music career.