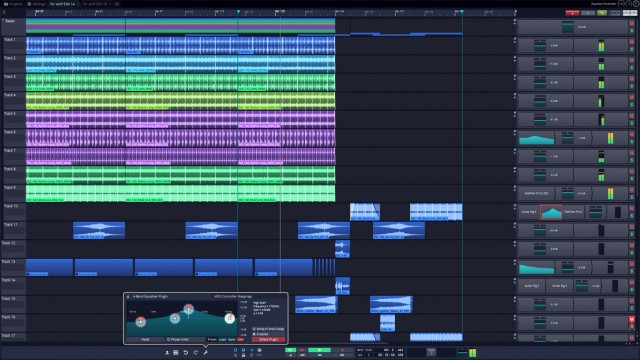 “With T7, we’ve taken the Tracktion paradigm a lot further,” says Lead Developer, Dave Rowland. “In addition to a great looking, more dynamic user interface, there are a lot of practical improvements designed to boost productivity. I’m most excited about the new tools for manipulating clips and plugins.”

Here’s another look at Tracktion T7 from the 2016 NAMM Show:

Here’s an in-depth look at the new features of T7:

4 thoughts on “Tracktion Updated To T7”

In summer winter rain or sun, it’s good to be on horseback.