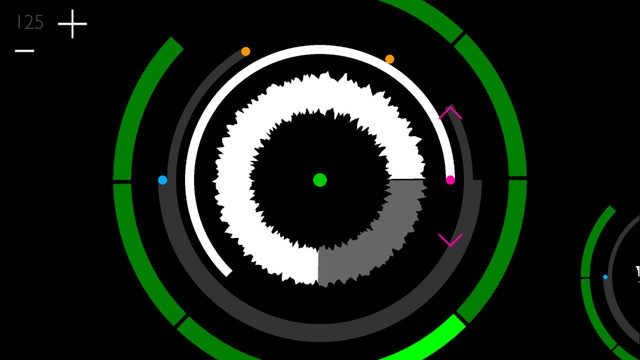 c3n loops is a new app for iOS, designed for live remixing of loop-based music.

The interface is designed to let you navigate and play with loops on an ‘infinite surface’. Automatic tempo matching lets you mix anything with everything. And you can sync hardware and apps to c3n loops via MIDI sync and work with other apps via AudioBus.

Here’s a performance demo, with C3N being used as part of a hardware setup, with Korg Volca Keys and Volca Bass:

Getting started with C3N Loops

Here’s what the developers have to say about getting started with C3N Loops:

c3n loops from c3n performance is at first glance an extraordinary loop player that seems to be inspired by Loopy or Reactable. But that impression does not last long. You only have to zoom out, then the app reveals a vast promising space, a void to fill with your loops.

The first thing that greets us in the app is a tutorial video showing the basics. It shows one way of importing but briefly mentions supporting iTunes import.

So we hook up iTunes, drag over folders containing some loops. The app then immediately proceeds with importing our loops. The loops in each folder forms spiral clusters that looks a lot like a galaxy of music. If you are an iPad only musician you can import loops from for instance AudioShare via iCloud file share. I would strongly recommend using AudioShare since that is the only way other than iTunes import that lets you import entire folders in one go. For some reason neither google drive or iCloud supports that option making them slightly tedious to use.

In the center of each loop is a green dot. those are your play buttons. Coming up with a cool groove is as easy as navigating the surface and trying stuff out listening to what fits. When you have found something you like touch the group button and that creates a group that resembles of a sprocket missing the eighth green cog. Now it is a little trickier, each cog apparently represents a scene, each loop can be tagged to be included in one or many of seven scenes. One group can be one song, but two or more groups of loops support a more interesting performance. The effects of the loops are limited to low and high pass filters with resonance. You can connect c3n loops to effects via AudioBus.

Combining your iPad with hardware makes more interesting and expressive performances. c3n loops allows your to sync your favorite MIDI-hardware with the app. You plug in a midi interface, connect the gear, and then press play, no configuration is needed. However, the midi is limited to midi out, but it’s really cool to have an infinite space of loops combined with tangible hardware.

c3n loops is an extraordinary app with a striking user experience. For instance, there are no labels only signs that resemble extraterrestrial crop circles from the neighborhood of Stonehenge. The limitations (filter effects and midi out) are well compensated for with the infinite space containing all your loops. c3n loops combines the search for content with improvisation in one continuous flow.