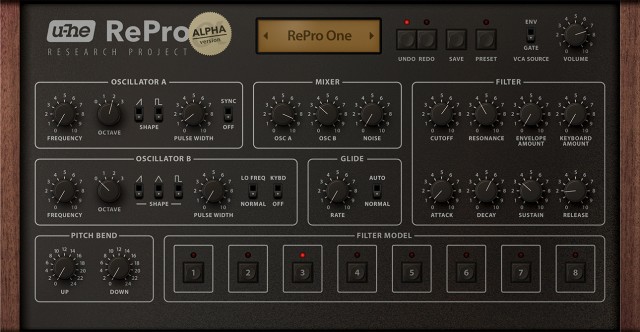 He’s releasing it as a free ‘alpha’ release to gather feedback on the quality of several options for the synth’s filter models.

“It is an excessively CPU hungry anti-optimized monophonic synthesizer,” he adds. “We have implemented the same pretty extreme model of the CEM3320 Curtis filter chip in our vintage Pro-One using 5 different numerical methods, each costing a very different amount of CPU. We wish for you to spot the “most analogue” sounding method. By that we wish to see if it is worth spending a lot of CPU, or if we could get away with something cheaper.

If you’ve tried RePro-1, leave a comment and let us know how your computer’s CPU faired.

23 thoughts on “Free Synth Promises To Emulate A Sequential Circuits Pro-One – But Can Your Computer Handle It?”