Novation has announced the release of Circuit Components, a suite of free tools that expand the functionality of their Circuit groovebox.

The most significant news is Sample Import (right, and video, above), a feature that enables the Circuit to play back, sequence and manipulate your custom samples.

Using a Web MIDI interface (which runs on Google Chrome or Opera, directly from the Novation website), you can drag-and-drop MP3 or WAV samples onto Circuit to create your own palette of sounds. 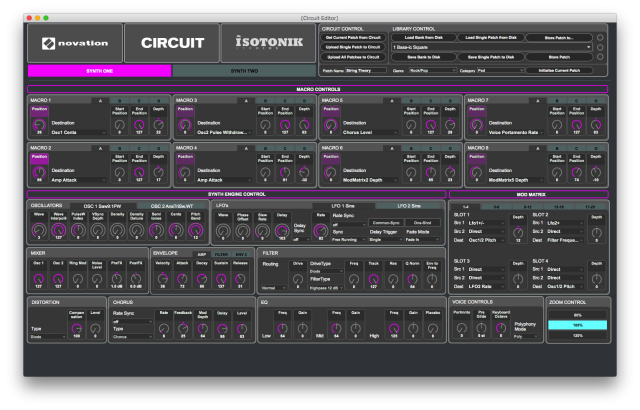 Also, in collaboration with Isotonik Studios, Circuit Components includes Circuit Editor, a standalone and Max4Live-compatible control application for Mac and PC that lets you tweak any of the parameters of Circuit’s two polyphonic synth engines, and then save the patches to Circuit.

Along with access to all synth parameters on the fly, you can use the editor to customize Circuit’s eight macro control knobs, patch by patch. 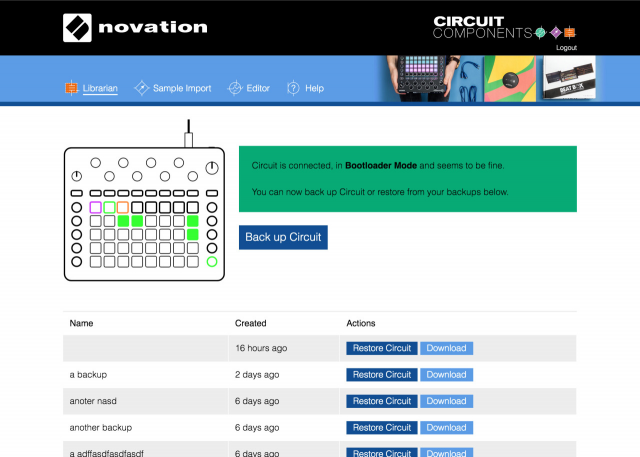 Lastly, there’s Librarian, which also runs through the Web MIDI interface from the Novation website. This feature lets you back up all of Circuit’s 32 sessions to the cloud, recall sessions from any location, and share creations with others.

To use these Circuit Components, you’ll need the latest firmware: Circuit v1.2 unlocks compatibility, along with the usual bug fixes, new features; some user requests, and a few of our own ideas.

For details, see the Novation site.